There was a time – the late 20th century, to be precise – when suppliers could sign with a wine distributor in a new market and expect to see reasonable sales growth as a result. Unfortunately for modern wineries and distilleries, landing a distributor in the 2020s is about as useful as a new record deal is to most musicians: the label can distribute the product, but they can’t possibly create demand – that is, sell – on the artist’s behalf.

Why? The ratio of suppliers to distributors has fallen, back-asswards, into a bottleneck scenario in which there are tens of thousands of wineries and distilleries under every distributor warehouse’s roof. No distributor sales team can possibly even pretend to devote their full attention to any individual supplier – yet most suppliers have yet to wise-up and accept this.

Brutal honesty never lined a wine distributor’s pockets. “Sorry, we just don’t have the staff or resources to push your chardonnay harder than the other 800 nearly identical SKUs” is a lousy pitch and a surefire way to send most wineries over to one of the distributor’s two remaining silver-tongued competitors.

If you’re a winery or distillery owner who still believes you can motivate your distributor to sell more of your product, choose your favorite outdated play in the book and let’s play the tape forward.

If everyone is special, nobody is special.
Flattery will get you nowhere.
The Old Power Dynamic
The Shift in Power
The New Power Dynamic
Accepting Reality and Taking Responsibility for Sales
Butt smooching is a waste of time and energy.
The Right Way Forward

C’mon. You have witnessed this cringe-worthy scene many times: Someone at a wine & spirits distributor posts something on social media and the queue of brown-nosing suppliers falls over each other to heap praise and adoration on the event in a futile effort to gain illusory favor or at the very least confirm eager fealty to their distributor “partners.”

Have you ever heard a supplier bad-mouth or disparage a distributor’s activity publicly? No, you have not. And you never will. This act would be unthinkable, inconceivable, and irrevocably unforgivable in the minds of most “distributor management” pros.

Flattery will get you NOWHERE.

Servile flattery and exaggerated praise of distributors by “supplier partners” are so time-honored and pervasive in our industry. It seems blasphemous to even suggest there is something misguided or unseemly about it.

But does it really make a difference? Will it in any way make up for the utter and unrealistic dependency most suppliers place on their distributors for their success?

To me, it feels frivolously contrived and painfully insincere. It is the very definition of fluff.

Alas, this farcical drama continues to unfold daily across this three-tiered fruited plain. So, what is behind this embarrassing and gratuitous habit?

Well before I get to that (and I most certainly will), it is worth noting it was not always thus. There was a time when “giving good supplier” was the order of the day and suppliers large, medium, and small wielded the heftier bludgeon.

When there were four times as many distributors as there are now and one eighth as many suppliers, things were quite different.

When Suppliers Had the Power

Although it was way back when Ronald Reagan was the Commander in Chief, I well remember my first “supplier” job.

When I would visit the distributor’s office, I had to wait with several other suppliers in a cramped and dingy reception area that could best be described as a holding cell. If there was a receptionist on duty at all (sometimes a yellowed “please wait” placard did the job), you were lucky to even make eye contact, let alone receive a welcoming smile.

Looking back, I realize this get-in-line and wait-your-turn vibe constituted the entirety of the distributor’s power in the relationship. The harsh reality (at that time) was that many distributors lived in fear that a supplier would “pull the brand” and move their business to a competitor.

No small number of suppliers used this not-always-thinly-veiled threat to cause their distributor to jump through hoops and strong-arm them into hastily cutting several fat POs to “save the brand.”

I have been on both ends of that cudgel many times, so I know first-hand how terrorizing a lever it was. In 2023, this scenario is categorically unimaginable.

Over time, however, the balance of power turned dramatically starting about 2002 when Diageo and Moet Hennessy set out to consolidate the distribution of their brands in five key states.

Stop and think about that for a minute. FIVE states! The biggest “national” distributors are now in thirty states! Back in 2002, the only way for a supplier to “consolidate” was to cobble together a handful of “large” distributors in different parts of the country. Not anymore.

The balance of power has shifted.

For the next seven years especially but continuing even to this day, the big distributors got bigger and bigger, and there became, as a result, FAR fewer of them. While at the same time, the frenzied proliferation of small wineries and craft distilleries dramatically accelerated.

Fast forward to today and, according to Wine Industry Advisor, the top ten distributors control 75% of the national market.

For those who have been in the industry for 30+ years, the irony is not lost.

If when suppliers held the power, distributors asked them to wait in a cheaply paneled, ten by ten bullpen, what does it NOW mean when suppliers are welcomed into a leathery, burled wood fortress? It means exactly what you think I mean. Dancing like a turd in a hot skillet, as my first distributor sales manager used to say.

Now, I know I will draw a lot of fire and ire for saying this, but the irony continues because while these mega distributors project an aura of power and control, the reality is their plates are ridiculously overloaded.

No matter how many new selling divisions wine distributors create, when it comes right down to it, savvy suppliers must accept the reality that THEY are now going to have to take responsibility for their own success.

Wineries need to accept reality and take responsibility for sales.

It is a crowded, wildly competitive, and in many cases unworkable situation for most suppliers. Expectations of what distributors can and will do for them must be severely recalibrated.

Today’s modern mega distributor does not need to be “motivated,” so save your rah-rah speeches for your neighborhood softball team. They do not need motivation. They do not need your education. What they need is your HELP!

The burden of building lots of high-quality distribution has now fallen to the supplier for no other reason than there is no other way. No amount of money, cajoling, or flattery is going to change this fact.

Butt smooching is a waste of time and energy.

This brings me back to the butt kissing phenomenon and my assertion that it is not only embarrassing to witness but a giant waste of time and energy.

Publicly professing your admiration and shamelessly praising your “distributor partners” will not make one iota of difference at the end of the day. You can play along with the charade all you want.  But, if you really want to “partner” successfully with today’s modern distributors, get out into the market, and do your bit.

If you want more new distribution, go out and achieve it yourself. Expending energy on gaining more distributor “share of mind” is no longer a viable strategy for all but a few suppliers. Instead, focus on demonstrating your OWN knowledge of the market and opportunities. Bring new business TO the distributor instead of expecting them to bring it to you.

While they are very unlikely to come out and say this to their suppliers, most distributors would prefer you keep your flattery to yourself and go out and sell something instead.

Your success as a supplier in 2021 (and beyond) depends MUCH MORE on your personal efforts than it does on the goodwill of your distributors.

You need to do YOUR part.

Instead of TALKING about how much you value distributors as a “partner,” SHOW them by doing your share of the heavy lifting.

A true partnership, from the distributors’ perspective, means helping them keep their trucks full and their inventory low. It means respecting their time and holding yourself accountable instead of them.

Put your trackers in the paper shredder and put your shoe leather on the street. Let your actions speak louder than your words.

TIMES HAVE CHANGED and you would be wise to change with them. Put away the old distributor playbook and embrace the new one.

Luckily, you don’t have to do this alone. Wine Sales Stimulator is a group membership program providing winery and distillery owners and executives the training they need to grow sales. It’s the lowest cost, highest return way to learn everything a winery or distillery needs to compete in the digital age.

Reach out to help@winesalesstimulator.com to set your sales strategy straight today and quit wasting resources on outdated sales techniques. 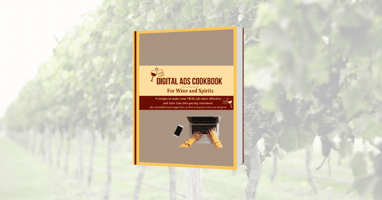 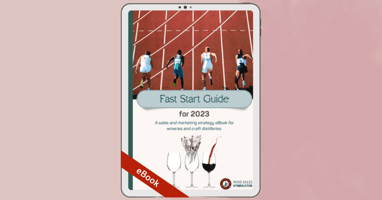 Fast Start Guide for 2023: eBook for Wineries and Craft Distilleries 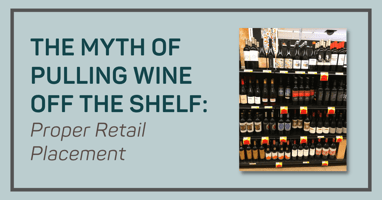 The Myth of Pulling Wine Off the Shelf: The Importance of Proper Retail Placement (Video)

This is a common question I get from winery owners and distillery owners: "I have built all this...